Saturday 2 May 2015. Worcester. Race day. The first time I’ve run an ultra marathon which is on an out and back course and required self navigation. Oh, and a mean middle section with the majority of the elevation gain. I had been waiting a long time for this race and was looking forward to testing myself against what I came to refer to mid race as the Big Beautiful But Brutal B******s, the Malvern Hills.

As I was on holiday in Tenerife running up Mt Guaza when the South Downs Way 50 was held in early April I needed another 50 mile race and training run in the lead up to the South Downs Way 100 in June. After looking at several options I remembered how both Kevin Matthews (@KevRunTheHill) and Dan Park (@UltraRunnerDan) had run in the Malverns and raved about the scenery. It sure looked good in the photos they shared on Twitter. I also liked the fact that taking on a race with 2/3 of the elevation gain of the South Downs Way 100 in half the distance would be a good test of my running legs and fitness. Would my Mt Guaza moments make a difference?

How did it go?

It was great to finally run a race with Kevin, the guy who’s podcasts (@maximisemylife) had first opened my eyes ears to the world of endurance running and other adventures.  The views and scenery on top of the Malvern Hills are spectacular. Running a self navigated race is easier if you use the map from the outset. We finished in 13h43m after getting lost twice, once in the dark as we headed toward the finish. Guinness is the best post race iron replenishment ever! 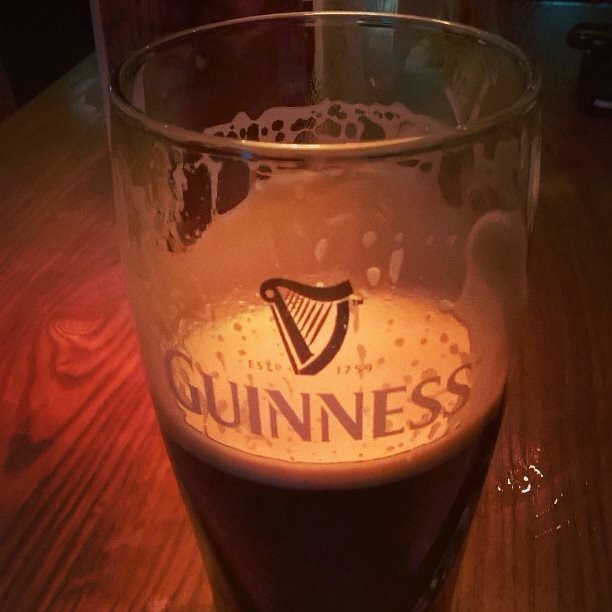 What did I learn?

In contrast to my Royal Parks Foundation Ultra experience in October, I ran without a Garmin and without looking at my watch more than 5 times. Doing so helped me to run more relaxed and without putting unnecessary pressure upon myself. I enjoyed the run much more as a result.

I’m stronger on the hills than I have ever been before, still hiking them with purpose in the latter stages of the race. Despite feeling fatigued I not only managed to but actively chose to break into a run after walk breaks in the second half, making a conscious effort to limit these walk breaks and push on witness the running when on the flat or downhill. I’m sure that I was even running at a decent pace (for me) in the later stages, not merely shuffling along, suggesting that I paced myself well. I’ve been focusing on building my mental strength while running for some time now and it seems to be working.

I can run an ultra marathon without destroying my feet (see Endure24 recollections), managing to end this race without a single blister thanks to my new Injinji socks and applying Vaseline liberally on my toes before and half way through the race. The Salomon Sense Mantra 2 trail shoes I bought a few months ago were fantastic, even though much of the ground was dry and fairly hard. I have my race gear sorted now, for sure.
But…. I need to eat little and often at SDW100. I began well but too many times left it until I was at a check point to top up on food. I’ve been so good at that on training runs and must remember that at SDW100 or I’ll fade much worse than I did in this race (weakest point from mile 35-40 at a guess, again due to lack of nutrition).

How am I feeling now?

A little stiff and aching muscles but I’m walking okay and was the morning after race day. I even went for 3 mile run yesterday (2 days after race day) and felt okay during and afterwards. Never before have I felt that strong after a race, which suggests that my fitness and endurance is improving and that I didn’t push too hard in the race so I’ve not risked too much ahead of my key goal for the year, SDW100.

Now I’m feeling much more confident that I can run 100 miles and do myself justice. My SDW100 target is just to finish and do so indeed the 30 hour cut off. Anything more is a bonus. I’m now hopeful that I’ll be able to do better than to ‘death march it in’ over the last, painful miles. Time will tell, but now it feels good.

Bring on the South Downs Way hills in less than 6 weeks from now.